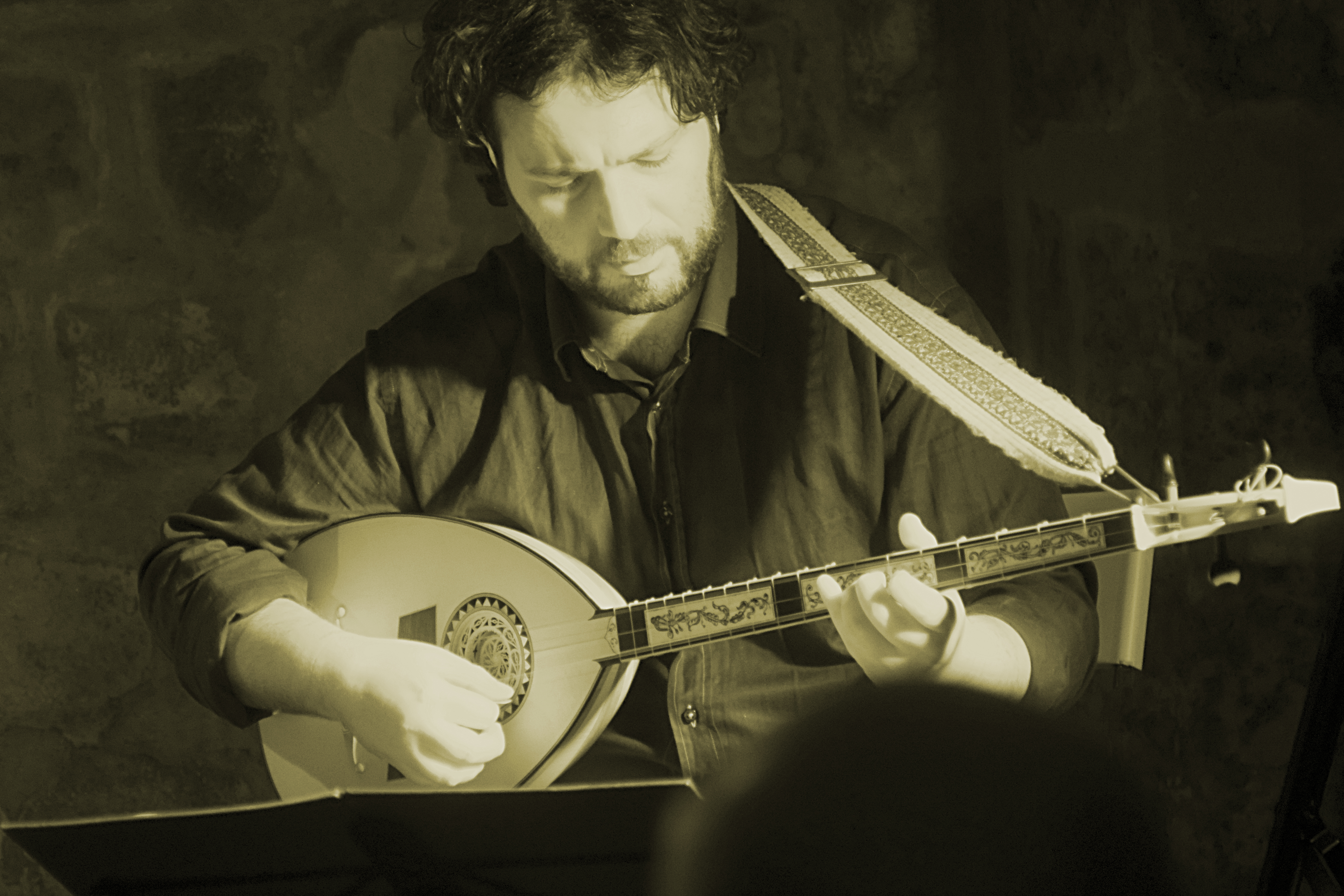 Composer and musician of plucked stringed instruments, he graduated in Ancient Music And Picks Historical To Music Conservatory of Bari. Start playing and studying the Oud In Damascus, Syria, with master Aiman Muhammad Juby following courses in Arabic music theory, Maqam and instrumental Performance. In Morocco he takes lessons from the teacher Said Chraibi, specialising in the Arab-Andalusian style. At the end of his studies, he obtained a certificate Conservatory of Music of Essaouira. These experiences were merged into the creation of an Arabic lute course, the first of its kind in Italy, at the Conservatory Arrigo Pedrollo of Vicenza from 2011 to 2014.

He did research on the field of chitarra battente and Colascione, two instruments that sound, which belong to the musical tradition of the South Italy. Gianluca compares historical methods and surviving techniques of these traditional instruments. He lives in Paris since 2013, takes part and guides various musical projects. Is artistic director of the Association Parthenope, whose aim is to research and promote the Mandolin and other pick instruments from the Mediterranean.